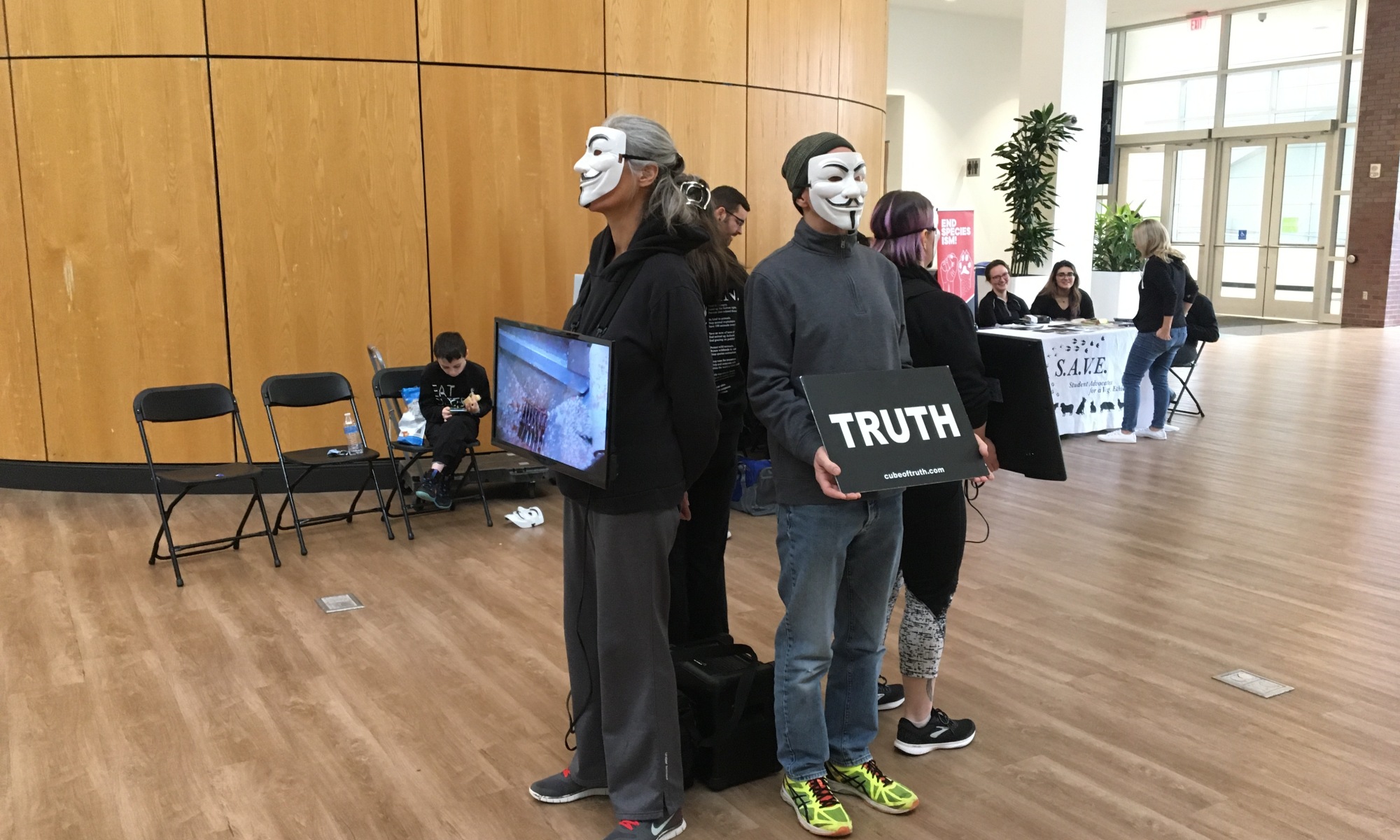 Students may have noticed an eye-catching sight on Jan. 17 when a group of people wearing Guy Fawkes masks stood in a square-like formation in the Student Center atrium holding large screens which showed graphic images of mistreated farm animals. This was part of a demonstration to share information on the agricultural industry, including photos collected from factory farms.

Samantha Sternad, vice president of Student Advocates for a Vegan Ethic (SAVE) explained that this demonstration was held to spread awareness of, “the issues regarding the standard practices of animal agriculture.”

SAVE partnered with an off-campus organization called Anonymous for the Voiceless (AV) to help spread advocacy through these types of demonstrations which catch the attention of anyone who walks by.  The demonstration that was seen on Friday was called the Cube of Truth. They believe that this type of demonstration would help to enhance their fight for “animal liberation,” according to Sternad. She described animal liberation as “when all animals can live free of human exploitation and abuse.’’

“We would like to get more of a vegan presence on campus, and the Cube of Truth helps us establish that,” Sternad stated as the goal SAVE has for working with AV.

This is the second time that SAVE has partnered with AV to present the Cube of Truth to Cleveland State University’s population. The demonstration was also held last semester.

Along with hosting demonstrations at Cleveland State, AV holds demonstrations in other locations as well. Sternad explained that some students who are engaged with SAVE participate in the Cube of Truth in other places, though this time, no Cleveland State students were involved with the exhibition. Set up next to the display was a table with information about animal rights, which was organized by the students of SAVE.

When asked about what reactions she witnessed regarding the demonstration, Sternad said their audience seemed to react in a similar fashion.

“People were disgusted, and some of them said they felt guilty,” she said.