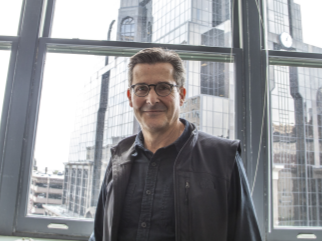 With the announcement  of the upcoming school of film and media, replacing Cleveland State University’s film, television and interactive media program, few details have been given regarding its progress. Until now.

The new school is still in its beginning stages. Frederic Lahey, the head of the film school, has been in and out of meetings going over design plans, as well as plans for a new curriculum to further student success in the film industry.

“We want [the students] to know that we are here 100 percent to support [their] professional and creative ambitions,” Lahey said.

According to Lahey, the preliminary plans have been finalized and the design phase begins later this week on September 9. While Lahey and his team are still in the early stages of building the new school, students will be happy to know that the school will be complete by August 2018.

The team Lahey was able to secure has quite the resume. Located across the street from the new school on Euclid Avenue, Van Auken Akins Architects LLC, a company responsible for the success of around $3 billion worth of projects, was selected to work on the school. In addition, they brought Bastian and Associates, Inc., an architecture and planning firm, as the primary designers.  Having previously worked on NBCUniversal, Area 51, Manhattan Beach Studios, and most of the film studios done in Europe over the last ten years, this company is going to bring a unique and open space for students to enjoy.

The 36,000 sq. foot school is going to have as much open space as possible. According to Lahey, it is important to have an open space for students because it promotes creative work that will allow people to get together and have chance encounters with one another. Having the school designed like this will give students more opportunity to interact with each other, and by doing so, these interactions can allow for some pretty unique collaborations and ideas.

With a  budget of $7.5 million from state capital funds, a new site, new equipment, and new curriculum are in the works for  Cleveland State University film and media arts students. Lahey has currently allocated $1.5 million to new equipment, with roughly $300,000  spent to date. This includes 25 iMac computers, eight new light kits, new cameras for production classes, 4K video recorders, booms and tripods for every camera and new Sony lenses with a full 35mm format.

Along with the new equipment, students will also be using Avid Media Composer, an industry standard software for editing videos. Lahey will also be bringing in Adobe Creative Suite, a set of programs that includes Premiere to help students in the editing process. In addition to new equipment and software for student use, proficiency in using these tools will be taught with a rigorous and hands-on curriculum.

Creating an involved curriculum is something that Lahey has focused a lot of his time and energy on. This new curriculum will be a 72-credit-hour bachelor of fine arts degree that will spread across eight semesters. During this time, students will have three courses every semester that will vary in class meeting and times. Lahey hopes that  by setting up classes this way, it will enforce the students’ learning of the material. Lahey likes to refer to this setup as an eight step stairway that will allow students to learn the material and advance to the next level every semester.

While the new curriculum is very hands on and will benefit incoming students, Lahey stresses that juniors and seniors will also profit from the new move as well, particularly with new equipment on which they will finish their capstone projects. While new film and media arts majors will be following the curriculum of the new school, current students’ programs will be grandfathered in — relieving students of their fears of changes to graduation requirements. There will also be new classes and the option to substitute courses for students still on the old curriculum. However, Lahey also suggests that it might be a good idea for students still on this old curriculum to meet with their advisors in coming weeks to make sure their transition is a smooth one.

They have their work cut out for them, but Lahey and his team are eager to complete the task at hand and this certainly shows through their hard work and dedication. Aside from their strides towards finishing the renovation, student success is Lahey’s primary goal. Lahey is working to make sure this new film school is a place where students can succeed and grow in a professional job market.

“My job is to make sure that students are getting the skills and training they need to succeed in a competitive marketplace,” said Lahey. “That’s what I’m interested in.”

One Reply to “CSU Film School set to complete August 2018”