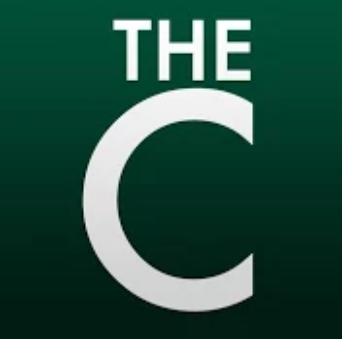 CSU pledged to fight climate change by joining the #WeAreStillIn Campaign, a direct response to President Donald Trump pulling the United States out of the Paris Agreement. The Paris Agreement, originally signed by 195 countries, aims to keep rising temperatures “well below 2 degrees Celsius” and transition to clean energy.

The U.S. was one of the countries to sign the agreement, but has made the decision to leave the Paris Agreement. The process to leave could take up to four years.

The #WeAreStillIn Campaign – signed by CSU and other local governments, states, businesses, and colleges – aims to meet the goals set forth by the Paris Agreement, despite the United States’ departure.

PNC has donated $765,000 to CSU to create the PNC Mentoring Program and the PNC Scholars Fund to help new and existing students.

According to CSU, the PNC Mentoring Program will help freshmen acclimate to college life by assigning mentors to the First Year Experience Seminars, a required course for CSU freshmen. Starting this semester, only five sections of the course will have mentors, but the program will expand to cover all 65 sections.

The PNC Scholars Fund will grant up to $3,000 per semester to undergraduate students who have “maxed out of financial aid” and are two semesters away from graduating, according to a statement from CSU.

In a statement to CSU, Bynum said that he was “pleased” to join the university and looked forward to advancing “the tremendous efforts already being undertaken by the Black Studies program.”

Previously, Bynum served as associate professor of history and director of the African American Studies Program at Middle Tennessee State University. He also authored the book, NAACP Youth and the Fight for Black Freedom, 1936-1965.

The East 19th Street Lot is located at the corner of 19th Street and Central Avenue, south of the Wolstein Center.

Before this, the cheapest parking pass available was the White Permit at $180 per semester, which allowed weekday parking 5:30 a.m. to 11 p.m., at several lots all located a few blocks away from campus.

One Reply to “Cleveland State University over the summer”

Issue 9 of The Cauldron is out now! Link in Bio
CSU Students we want to hear from you! Got an idea for a story or new content? Our DMs are open!
Despite unprecedented challenges, CSU’s swim team dives into the 2020-21 season in full force.
Check out this week's weekly recap on our site! ⁠
From a beloved comic strip character to a sentient pea, Cleveland State University has hosted a total of 5 diverse mascots since 1923. While all hold a special place in CSU history and in our hearts, The Cauldron's recently published it's ranking from worst to best. Where does your favorite mascot rank? ⁠
Meet Alexis Britford, dancer and CSU adjunct faculty member. Alexis’s dance journey has had its challenges, but it has also had its rewards. Check the link in bio to read more about Alexis' dance journey.⁠
%d bloggers like this: